Skip to the Solution

The Extra Utilities Solar Generator is an interesting Minecraft generator. It requires no input and generates power depending on the current sunlight (which is primarily based on the time of day). The aspect that makes it interesting is that when it is collecting sunlight it doesn’t transmit any power. This means that it will charge itself up during the day and will discharge either at night or when manually toggled via a redstone signal. Furthermore switching between the two modes has a transition period where it is nether charging or transmitting.

I assume the intent is that it can get you a decent source of power early on especially for “interactive” uses, but they won’t passively provide huge amounts of power to something like a quarry and aren’t really a great option to spam down for late-game power. Assuming you don’t touch them all all they will fill their buffer during the day, and unload at night. Meaning that you only get 1 buffer of energy (1kRF) per game day. However they take much less than a day to charge so if you want to get maximum power from the generators you need to toggle the discharge during the day.

Early-game it makes sense to just slap a lever on the Solar Generator for on-demand power however it soon makes sense to automate the process. I have seen simple solutions using a light detector. However this is both mostly unnecessary (since they discharge at night anyways) and won’t give you max throughput as it only performs a single charge cycle per day.

I aimed to do something a bit better. It will simply charge until full, discharge until empty, then repeat. The main goal is to continuously do full charge+discharge cycles, minimizing the time wasted in the transition period or by charging when already full. This has a couple of imperfections but it is close enough for me:

My solution is fairly simple, I suspect it could be tweaked to a more compact layout. However the total build cost is quite low. 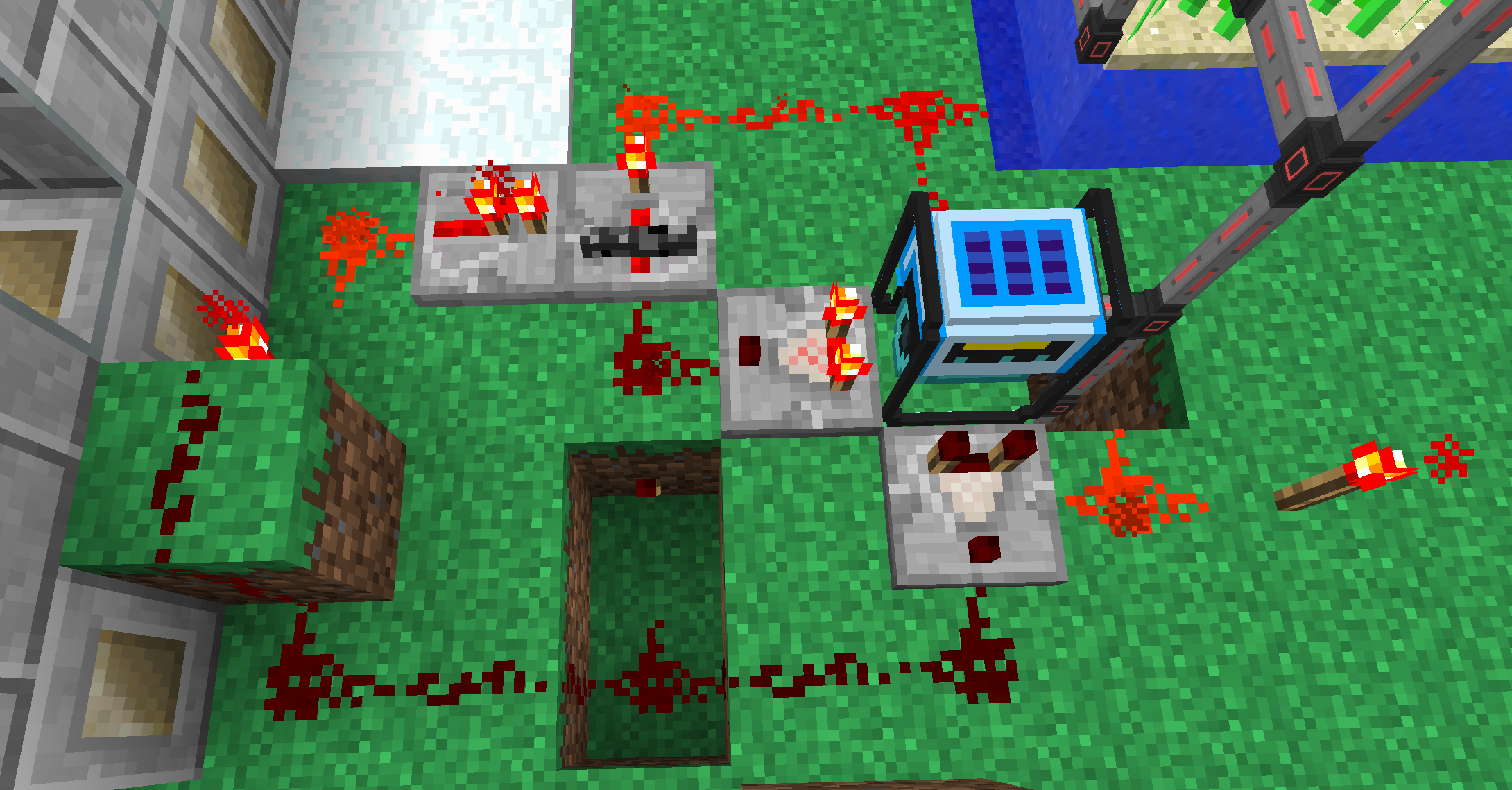 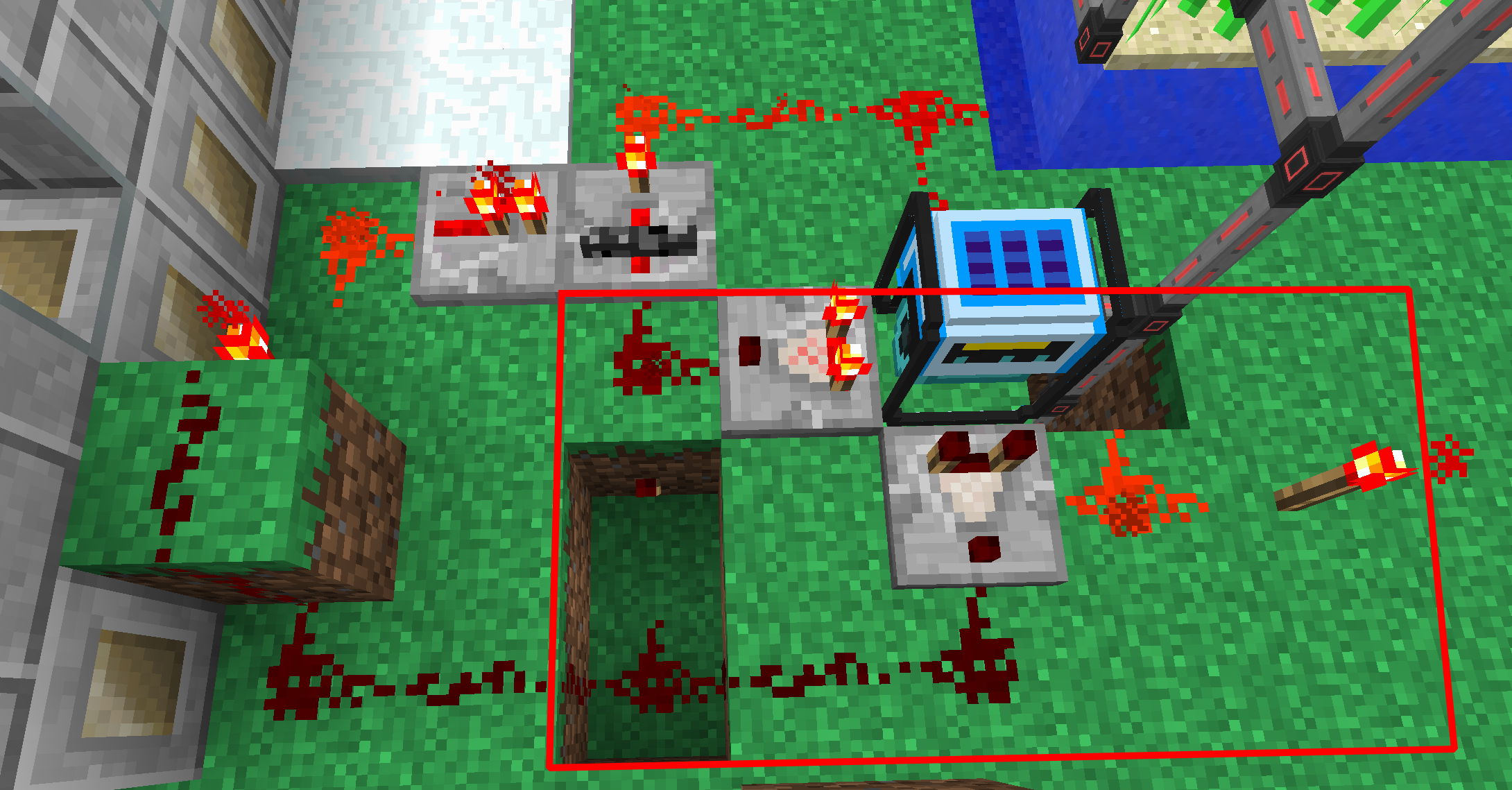 The circuit detects when we are at either extent of the battery’s charge. The generator produces a redstone signal between 0 and 15 for the charge level of the internal battery. The left branch detects the zero case and the bottom branch detects the 15 case. By combining these together we can lock the latch for every value but these two extents.

This simply uses a Redstone Repeater to take the 0-15 output and produce 0 for 0 and 15 for anything else. This is then negated with a Redstone Torch to produce 15 for 0 and 0 for everything else. 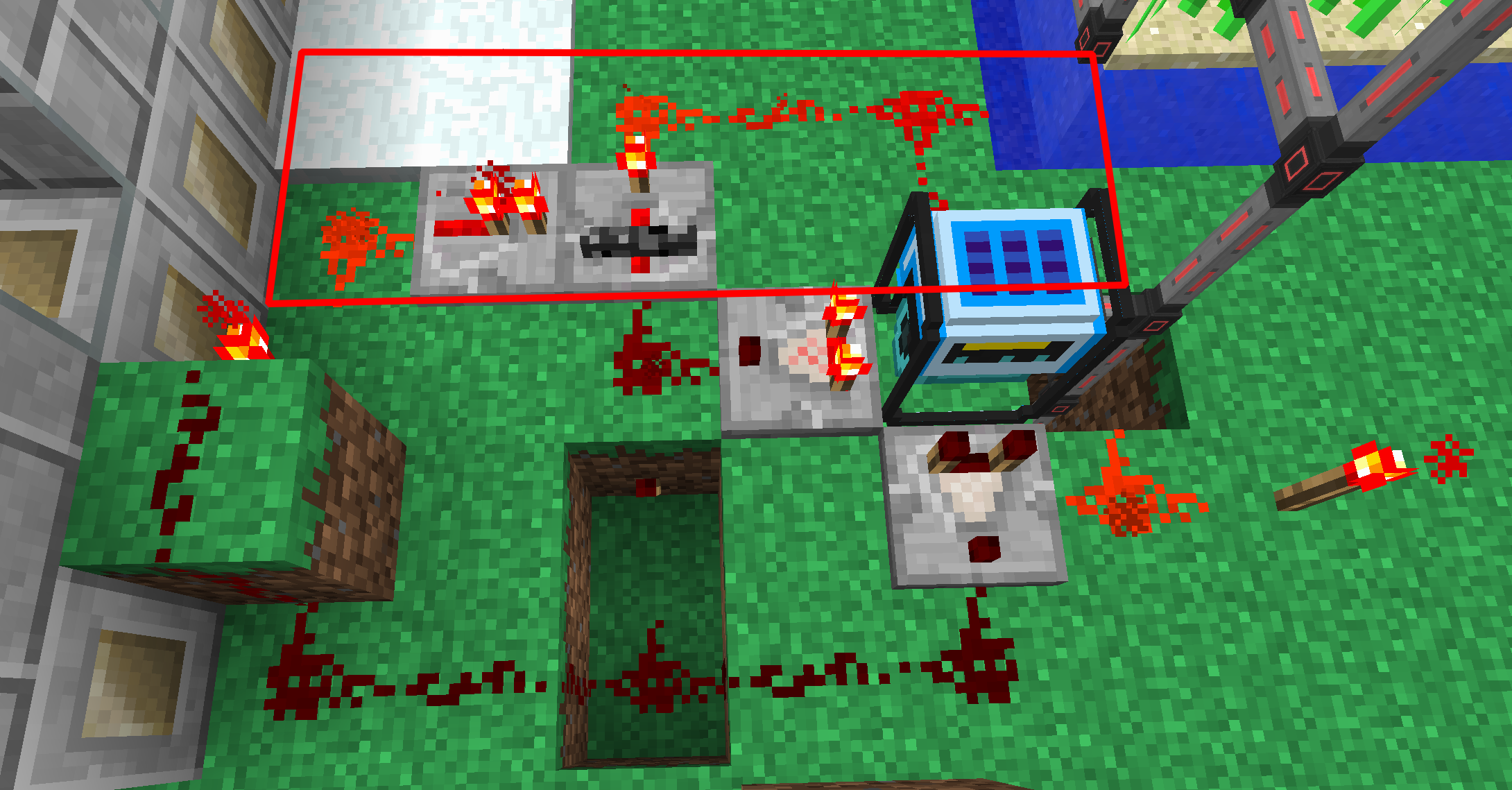 The most important part of the circuit is the latch. This ensures that the state is only changed when the storage is full or empty. This uses a native Minecraft feature where two Redstone Repeaters next to each other form a multi-block flip-flop.

When the latch is unlocked we use the value from the Detect 0 condition to set the output to charge != 0. This way when the charge is 0 we disable transmission (start charging) otherwise we enable transmission (this is always 15).

One important detail is to change the delay of the output repeater to 3 ticks. This ensures that the correct value is latched.